Back to all posts

My fascination with Wild Horses

began years ago while watching the movie Perfect Storm.

I was so intrigued by Sable Island which is mentioned in the film, an island that houses many shipwrecks. When I looked it up online during the movie I was even more mesmerized that wild horses actually live there today, untouched. I could not believe that they were not some mythical creature like a unicorn. I was in such awe.

My next encounter with wild horses came a few years later while walking around lower Manhattan. I accidentally stumbled upon a gallery, in a way it felt like i was led there. At the time I was lost walking on some backstreet cobblestone road in Soho. As I wondered which way to walk to get back to Broadway, I looked to my side and gazed in a window. My jaw dropped. I was in front of Robert Dutesco’s gallery. I then learned that Robert Dutesco was a photographer who was granted permission to go to Sable Island and live with the wild horses and photograph them.

www.dutescoart.com
The gallery was closed. When I came back a few days later, I stood in front of these huge life-size pictures of these beautiful beings, tears filled my eyes. I was in such awe of their raw beauty, spirit and connection to one another. It took my breath away.

Years later I was surprised and excited to learn that we have wild horses here in the United States. Really, where? I wanted to know about them. Why was it unknown to me that there are wild horses in my own country?

What I found out haunts me every day and night.

The BLM (“Bureau of Land Management” branch of our government) roundups.

The photographs below appear courtesy of photographer Mike Lorden. Mike traveled from where he lives in Washington State to Nevada in January 2012 to document the Tri-State Calico Complex RoundUp. Mike discusses the trip in his blog, and the similarities of the wild horse roundups here in the US by our government and dolphin hunting in Taiji.
Link to Mike Lorden's Blog 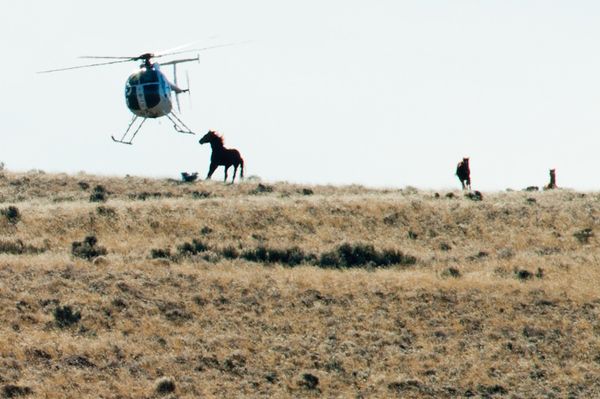 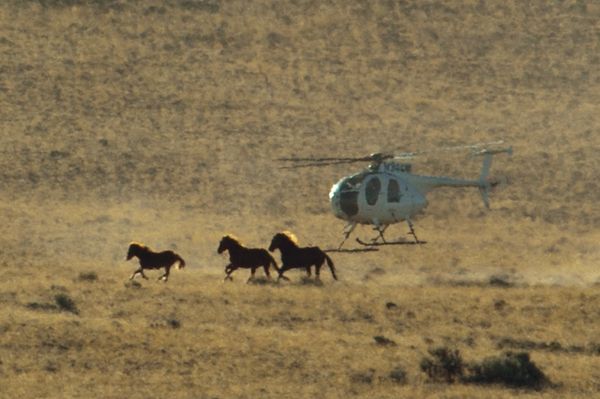 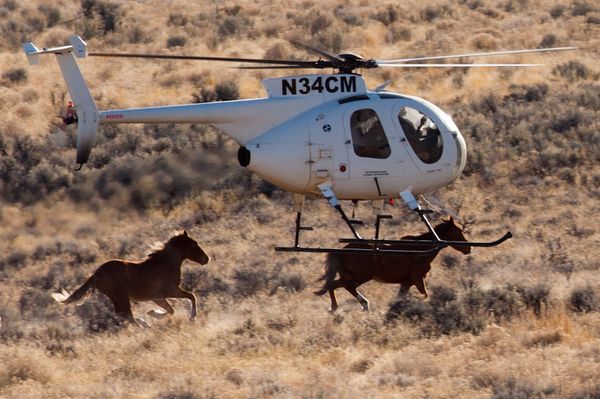 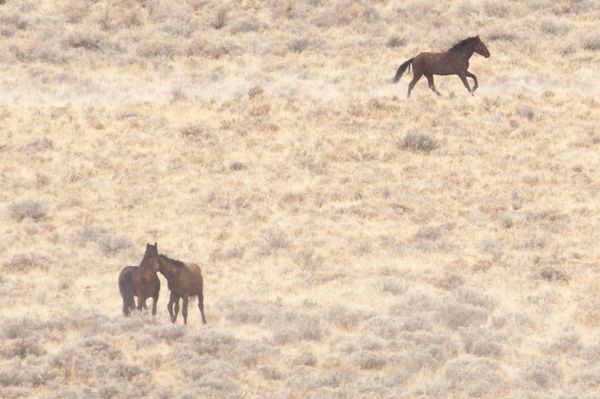 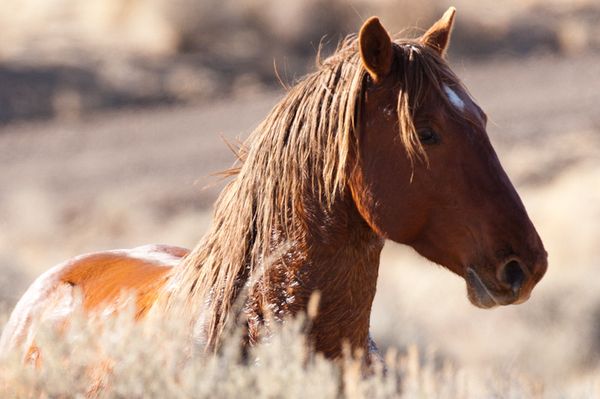 This photo by Mike Lorden, taken at the Calico Roundup January 2012, reminds me of Robert Dutesco's work. 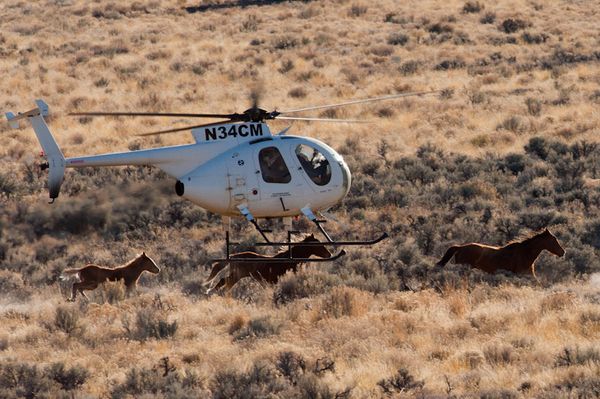 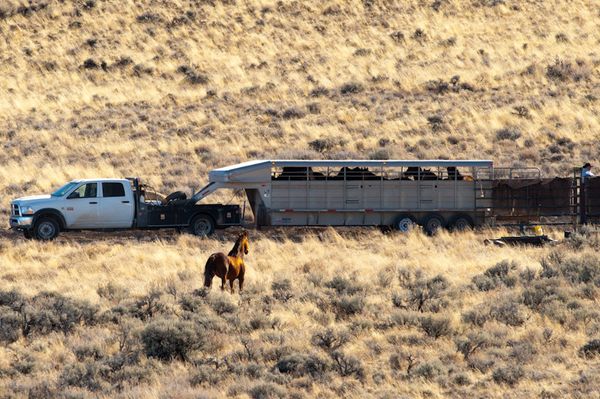 Calico Roundup January 2012. Photo by Mike Lorden.  This horse watches his family being taken away.

To oppose the BLM roundups, take action now, call or write to your state representative.

They will notify you when action is needed, the links they provide make it so easy and quick to communicate with your senators and representatives when issues pertaining to the wild horses come up.

The horse is a symbol of the American dream, of a land of freedom and opportunity. How ironic that we are chasing around and capturing our very own horses in America during these difficult times in our nation’s history. We are only hurting ourselves. Stand up for the wild horse. Stand up for your freedom.